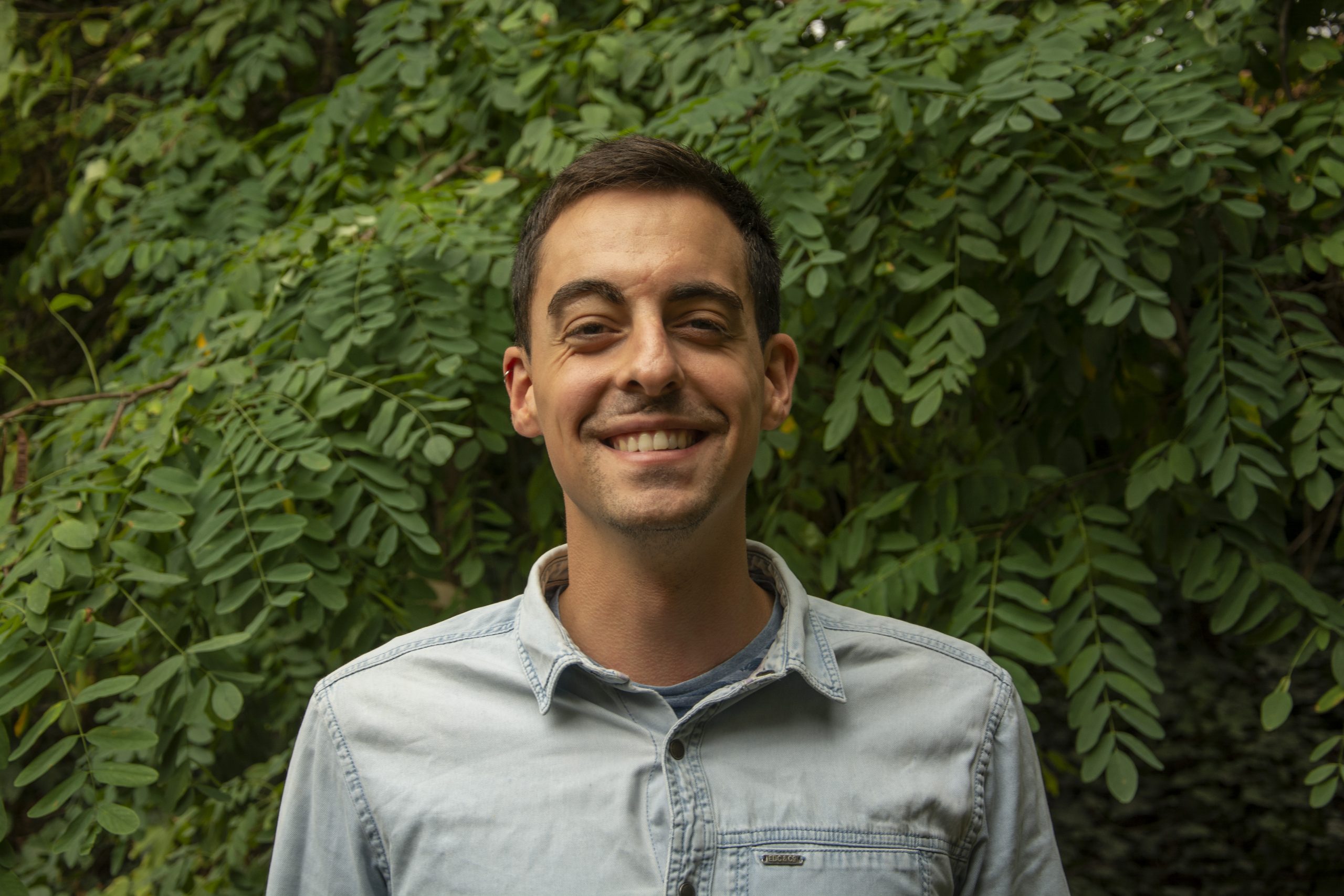 Álvaro González Pérez is one of those people who secretly have a day of 36 hours, otherwise you couldn’t explain how he manages to do everything. He is a trainer, a consultant, a member of the European Youth Forum’s expert group on Youth Rights, a board member of Generation Climate Europe (until the end of August 2021), and works as a project consultant for the Education Department of the Asia Europe Foundation.

Everything started from active citizenship

I met him in 2017, when he was the coordinator of a working group on European Citizenship in the European Students’ Forum (AEGEE). At the time, the topics he was mostly passionate about were related to European identity, fighting Euroscepticism, youth mobility and involvement of young people from all over the continent in EU decision-making processes. He organised a youth conference in Warsaw on the topic of democratic deficit and rule of law in Poland and Europe, a topic which would be all the more interesting and relevant today. In Spring 2019 he spent one month moving all around Europe together with a team of trainers, bloggers and videographers to capture the different realities of young people in Europe by interviewing them and engaging them in conversations and activities on active citizenship and political education, to ultimately motivate them to take a role to shape the Europe they want to live in. A few months later he became the Vice-President and External Relations Director of AEGEE, and in the same period he co-founded Generation Climate Europe. For him, campaigning for climate action goes hand in hand with his passion for active citizenship and youth rights.

From Fridays for Future to Generation Climate Europe

In 2019, when Álvaro entered the board of AEGEE, the Fridays for Future movement was at its peak. Young people all over the world were taking to the streets to demand urgent action to tackle the climate crisis, sending a strong message to decision-makers.

“That’s when a few youth organisations decided to act together, because all these young people saw the climate emergency as a big issue, but there was not a concrete space and structure for them and for youth civil society to bring these topics to the table and to say “hey, this is what we believe, this is what we want you to do”. In response to this, we came together and founded Generation Climate Europe”.

This coalition of youth-led networks has the purpose to push for stronger EU action on climate and environmental topics on behalf of all the young people they represent. They formulate concrete demands and keep politicians accountable, while also demanding concrete spaces for young people to participate in climate policy. For Alvaro, it was the start of a new adventure. While many young people got involved in active citizenship because of their commitment to climate action, for Álvaro it was the opposite: as a person who was always passionate about bringing young voices to the decision-making table and enabling young people to take an active role in society, the Fridays for Future movement was a call to ensure that young people were taken seriously and listened to. Now, climate action is one of its core interests and passions, as he recognises it as the greatest challenge that our generation is facing.

But climate action is not only an issue of youth participation, it is first and foremost a question of youth rights.

“Human-made climate change discriminates. Young people are simply going to live longer than older people and the effects of the climate emergency are going to worsen over the years. We had no impact on the decisions which were taken in the past and are generating the huge crisis which is going on right now, but we are going to face the consequences of such decisions.” This is why climate action is an issue of intergenerational equity.

Moreover, young people per se are more vulnerable to instability and crisis. Climate change is already having an impact on our lives. The last few weeks have seen unprecedented floods in Germany, the Netherlands and Belgium, as well as extreme temperatures and fires throughout the South-East of Europe. Young people are transitioning to adulthood and are already more exposed to precarity and instability, but how can we plan our own future without knowing what kind of environmental scenario we may be facing?

“How are young people supposed to become independent persons if we are constantly facing one crisis after another?”

This sense of uncertainty and anxiety about the future is taking a toll also on the mental health of young people, who express how draining it is to be confronted with such dreadful future scenarios, where none will be spared from the catastrophic consequences of climate change, where your own city may not be a safe place to live in anymore and where your job may become useless or redundant in a matter of few years. Indeed, research shows that many young climate activists get engaged because of their concern for the planet, but keep campaigning because they become aware of how climate change affects young people disproportionately.

For young people, it is clear that we are facing a crisis. And this awareness has mobilised many more individuals than ever before. Moreover, organisations gathering the views of young people cannot shy away from tackling the topic of climate. Climate action in the eyes of young people doesn’t have a political colour and is not connected to a political agenda: it is just the will to preserve a liveable planet. This may be a reason why young people are less doubtful about joining the climate movement: striving for climate action does not have a political label attached to it. At the same time, this mobilisation around climate may be creating new avenues for democratic participation, and especially youth participation. An example is the French Citizens’ Convention on Climate. Similar processes are happening at the European level: the Climate Pact and the Conference on the Future of Europe are still at a very early stage, we don’t know how these experiments of participatory democracy will go, but they are steps in the right direction.

“I hope that in the future there will be a binding institutional process in the EU to gather the views of citizens. Initiatives like the Conference on the Future of Europe cannot be just experiments: they should lay the basis for actual meaningful structured involvement of citizens in the Union.”

There seems to be an intention on the side of the institutions to involve citizens and young people in particular in decision-making processes. Though, it is a responsibility of the institutions to create and improve these mechanisms and structures. In an ideal future not only would we have solved the climate emergency, but governments would also consult citizens more regularly and would not always rely on civil society to channel the interests of citizens. For this to happen though, there needs to be first political will and then concrete processes enshrined in law.

Maybe this is also something that the Conference on the Future of Europe can address? It is up to us to decide what will be on the agenda, so the possibilities are countless. 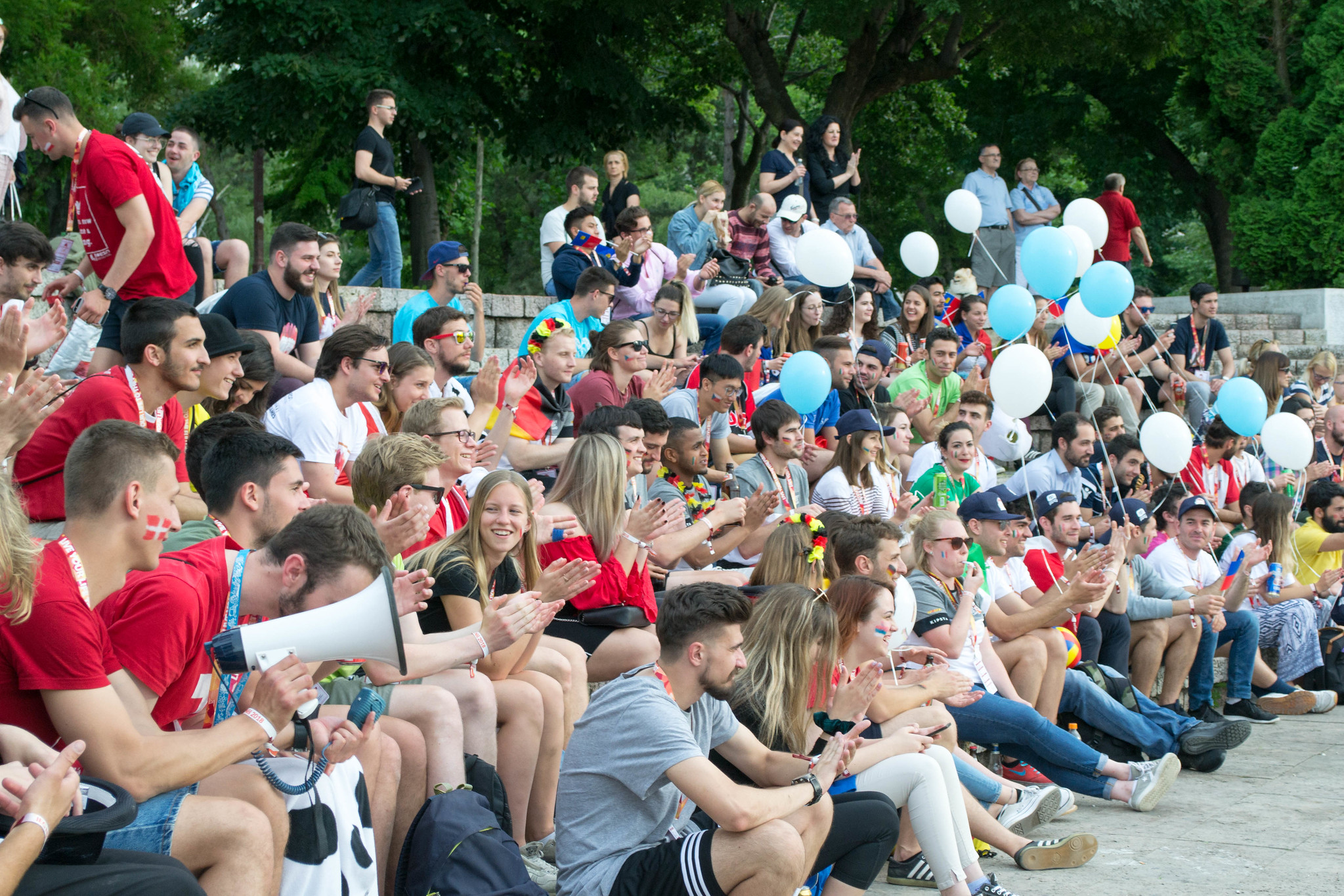