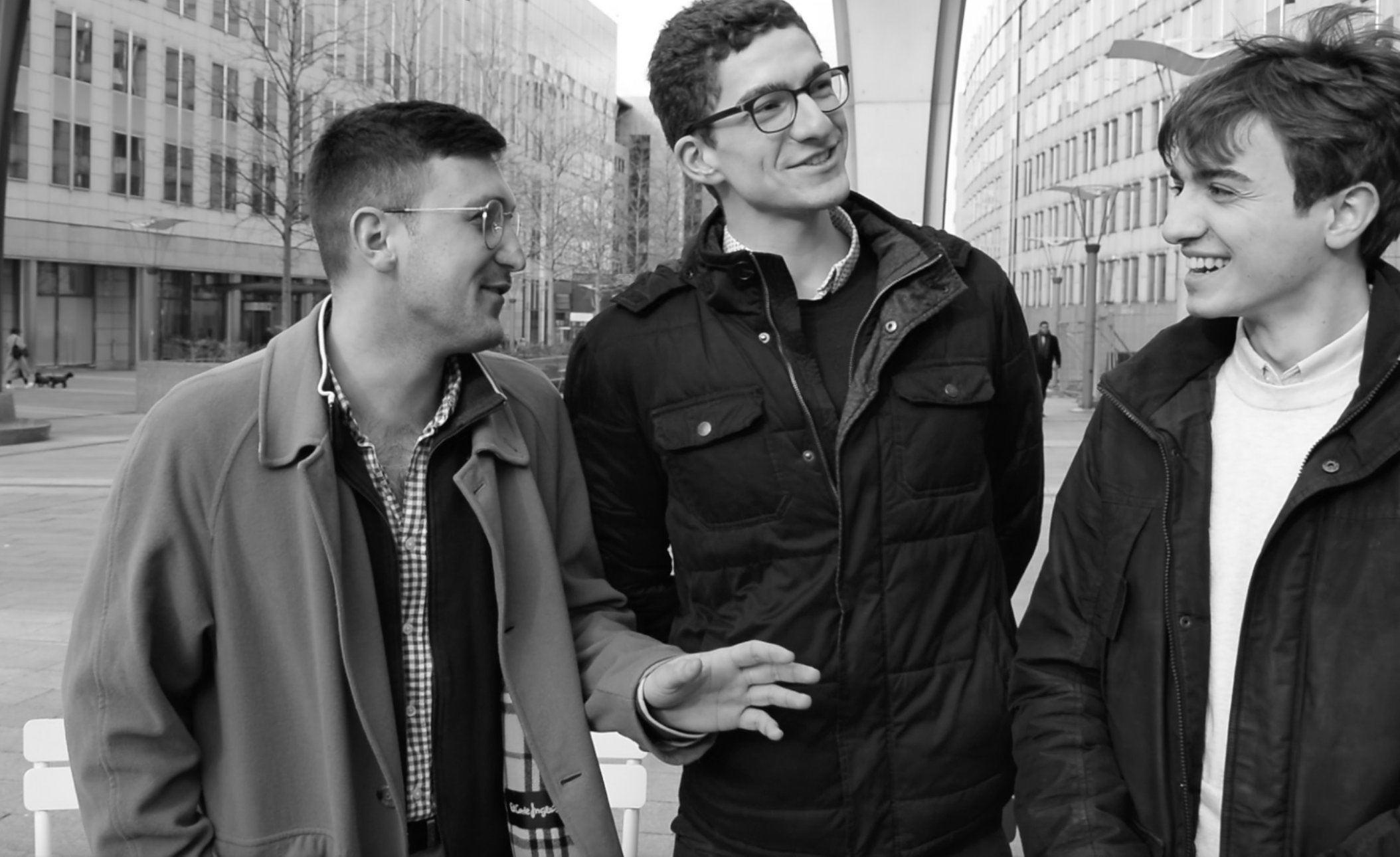 Have you ever lived in a student dorm? I did. It was a 12-floors former hospital building reconverted into a housing block which hosted 15 students per floor, who were sharing a large kitchen and camp-style bathrooms for their University years. It was a fascinating babel of languages, in the kitchen there was always a different smell, the walls of the common areas were decorated with posters, paintings and other artefacts belonging to previous generations of students, whose story was fading into mythology. I always thought that such a place was a sort of social experiment. In the case of Tassos Papachristou and his friends Timothée Galvaire, Nikos Theodosiadis and Sandro Esposito, this situation produced far more than unforgettable and fun memories of student life. They started a European Citizens’ Initiative (ECI) to end the aviation fuel tax exemption in Europe in order to have greener transportation. Sounds impressive, right? Let’s unpack what it means in practice.

Goods in Europe can be subject to taxes. On average, across the EU consumers pay a tax of 48c per litre of fuel every time they fill up their car tanks. On the other hand, aviation fuel (kerosene) remains untaxed in Europe. This means that aviation is one of the cheapest transport mode, whereas it is the most carbon intensive. Aviation is responsible for over 13% of EU transport CO2 emissions and is expected to account for over 16% of the EU’s liquid fossil fuel demand by 2030, European aviation CO2 emissions quadrupled as a share of EU-28 emissions – from 1,2% (1990) to 4,5% (2014). Besides being exempted from taxes, the aviation sector receives generous subsidies from national governments and is not subject to the basic consumer tax, VAT. This means not only promoting a very harmful mode of transportation, but also missing out on considerable revenues for the state, which could be invested in the transition to cleaner transportation. Taxation of aviation would accelerate the switch to greener mobility in Europe and promote connectivity by railway and bus networks, which could be developed thanks to the tax revenues from kerosene.

In a nutshell, tax exemption on kerosene is harmful for the environment and against the climate targets set by the EU itself. But how did it come that three University students decided to campaign to end unfair taxation of the aviation sector?

Elena and I had a chat with Tassos, one of the campaigners for the initiative “Fairosene” to discover that.

How it all started

Everything started in a dormitory of the University of Maastricht, where four friends with a passion for sustainability were often reflecting on what they could do for the environment. They soon realised that one of the personal decisions with the highest impact would be to stop flying. Though, being all international students coming from all over Europe, taking a plane was most of the times a necessity more than a choice, especially considering their tight finances and the very high costs of long-haul train tickets. They were discussing this in the end of 2018, when the Gilet Jaunes movement was also protesting the high tax on car fuel in France. They agreed that it was unfair to tax consumers for transportation while the aviation industry was enjoying high profits and a tax-free regime. That’s how they decided to take the matter in their own hands and start an ECI to put this issue on the agenda of the EU institutions.

Some months later, they had collected 75,000 signatures from supporters all over Europe, they had won the Citizen Lobbyist of the Year Award by The Good Lobby, and most importantly, their policy idea ended up in the European Green Deal’s list of priorities. This means that the European Commission committed itself to proposing an EU-wide review of the kerosene status as tax exempt. There is still a long way to go to make this a reality, but the story of Tassos is that of an incredible success. But it was not an easy ride.

How to build a campaign from scratch

Tassos and his friends were at a disadvantage from many points of view. First: they were young. They soon realised that it would be very difficult for a group of 20-something-years-old to be seen as trustworthy and credible by politicians, but also by other NGOs. That’s why they invested considerable time at the start of their campaign studying the issue and gaining expertise, so as to be able to engage in a debate with other citizens, policy-makers and stakeholders. Also, four people are not enough to launch a pan-European campaign: that’s why they reached out to long-standing NGOs working on the topic of aviation and transportation. Despite facing some rejections, they ultimately found like-minded NGOs that believed in their campaign and supported them in reaching citizens in all Member States. Working at the grassroots level was also crucial: they built a network of volunteers who spread the messages in their own countries, especially through Universities.

Maybe being young was an obstacle for Tassos and his friends, but I would argue that it was also their blessing and one of the reasons for their success. In Tassos’ own words, they had nothing to lose and a lot to gain. They wanted to learn how to campaign, how to advocate, how to change a policy which they considered unfair. And despite not having any experience in the field, they were ready to give it a try and learn by doing. They knew that they needed to take matters in their own hands: young people are not easily given opportunities to be heard, and so they had to initiate something on their own, without expecting external help. They were sharing this same mindset with the other young volunteers of the campaign: the same willingness to learn, be heard and make a change on an issue they cared about, reduce the impact of transportation on the environment.

In over one year of campaigning, Tassos and his friends collected many unique memories. Such as the time when they set up a stand outside of the European Parliament with a banner saying “Kerosene should be taxed – change my mind” and snatched a picture with Ursula von der Leyen. Or when they embarked in a 25-hours road trip from Maastricht to Barcelona to attend a conference organised by an environmental organisation, where they could promote their initiative and find many like-minded allies.

Ultimately, the lesson that Tassos took from this experience is that if you have passion, motivation and good friends, you can make incredible things. You do not need to be an expert, you don’t need to have qualifications: you will learn on the way. Especially, you shouldn’t wait for the permission of anyone before sharing your opinion and raising your voice: it’s up to you to take the first step. You will not regret that leap of faith.

One year later, provisions to tax kerosene used by planes was included in the European Green Deal package. 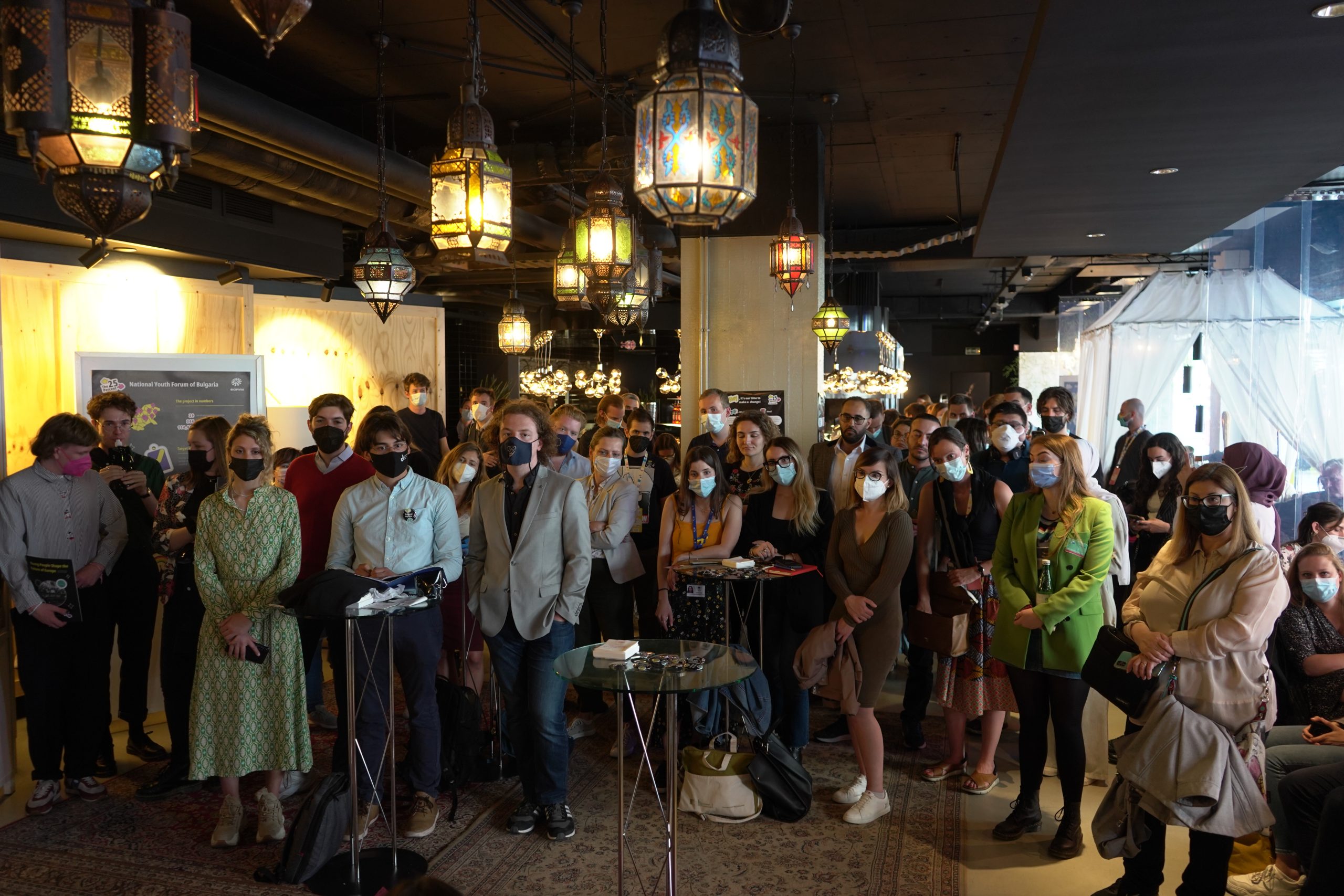