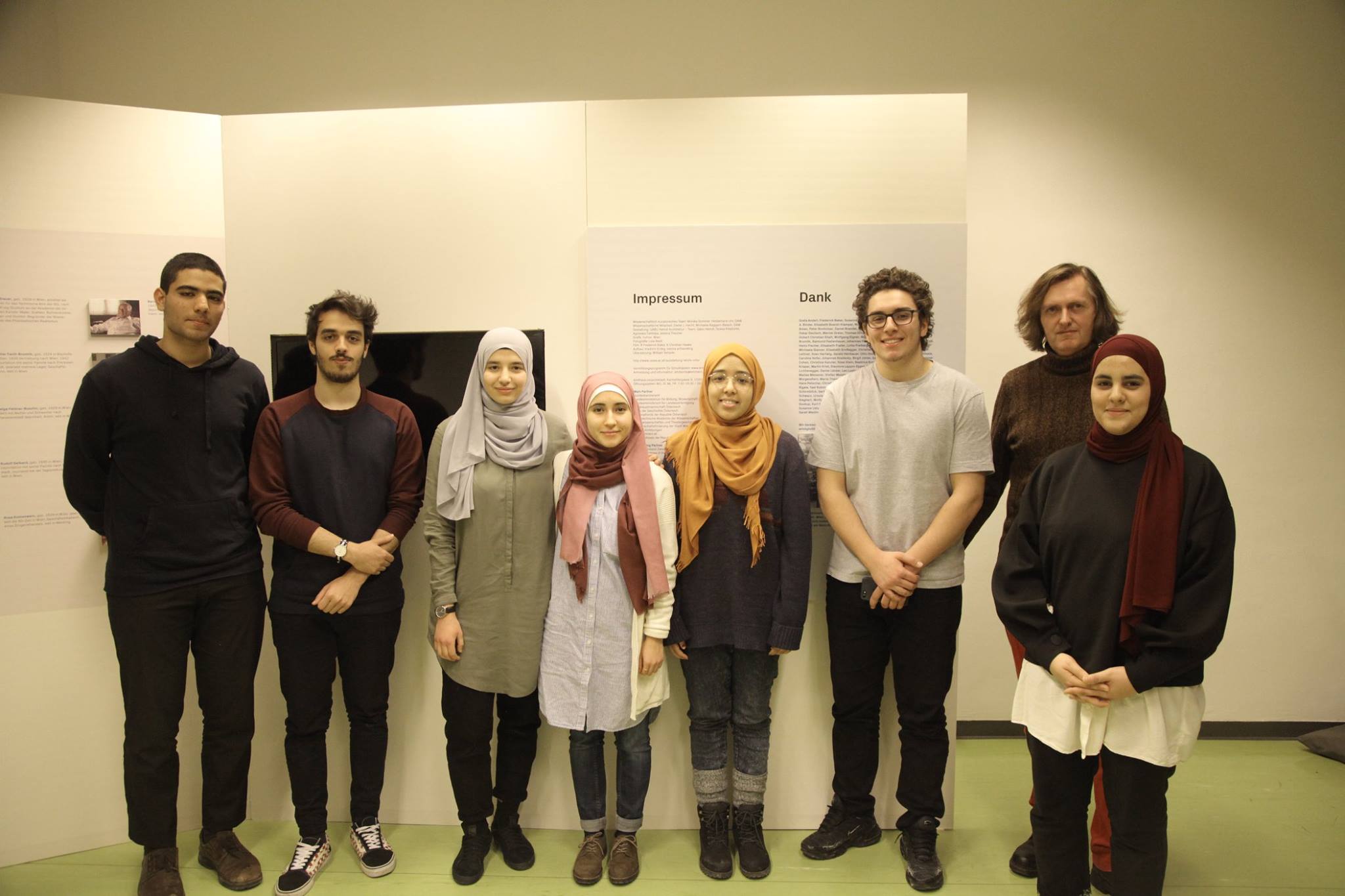 I didn’t know anything about Nesrin El-Isa before being introduced to her by the Austrian National Youth Council. When preparing for this interview, the more I was reading about her the more I was excited to have the chance to talk with her and get to know her story. Nesrin is a 25-year-old youth worker and a social justice activist based in Vienna. She is involved in many volunteering projects and charity work, focusing mainly on intercultural and interreligious dialogue and gender equality. She is also studying to become a teacher, and education was definitely one of the recurring themes of our conversation. While talking with her, I was struck by her uncommon clarity and articulation, and the unique capacity to come across as strong-willed, resolute and calm at the same time. In our 30-minutes conversation we talked about what it means to be a young Muslim woman in Europe, the importance of talking with people with opinions that are different from yours, and about how to find hope in the future even when times are dark.

Nesrin, you have been involved in volunteering and advocacy for almost ten years. How did you start?

It happened by chance, when I attended an event of Muslim Youth Austria. I immediately understood it was the right place for me: there, it didn’t matter what language you spoke or where you were coming from, but rather we all had in common the same will to create a more equal and just society. Muslim Youth Austria organises charity work and volunteering projects, and stands up for the rights of all minorities in Austria. For me, it is important not to advocate only for the rights of the group I belong to: if you see injustice around you, you should take action to stop it.

Today, I am also active in the Austrian National Youth Council as Deputy Speaker of the Committee on Women’s Rights. Gender equality has always been an important topic for me: my father taught me the importance of being independent and strong, of having an education and of not relying on anyone for my economic security.

What obstacles do Muslim women face in Europe today?

As we know, women in Europe face discrimination and many obstacles to achieve economic independence and autonomy. Though, for Muslim women it is even harder: that’s why it is important to have an intersectional approach to gender equality. In a recent judgement the Court of Justice of the EU ruled that an employer can prohibit their employees from wearing a hijab if they deem it necessary to present a neutral image towards their clients or to prevent social disputes. The debate on  banning public officials or school teachers from wearing the hijab has been ongoing for the past 20 years in Austria and in Europe, and progress has been scarce. Those measures exclude women who wear a headscarf from the job market and confine them to economic dependence on their husbands and families, exactly the opposite of what the EU is advocating for in terms of equality between women and men and economic empowerment. Muslim women, especially those who decide to wear religious symbols, are not allowed to aspire to the same goals as other women. If this was not enough, the rise of anti-Muslim hatred throughout Europe, fuelled by populist retoric and politics, has hit Muslim women especially hard. We are the target of racist slurs and violent aggressions, we are afraid of walking in the streets and being attacked, verbally or physically. This is again another obstacle to becoming independent and to building our own life.

It is clear that Muslim women in Europe face discrimination and are not treated equally. What can you and Muslim Youth Austria do in front of this?

One thing we have done is establishing a mentoring program for young Muslim women. The program matches successful professionals from different fields (business, technology, arts and culture and much more) with young mentees. The mentors share their knowledge, help the mentee in developing their career and give them access to a wider professional network. Furthermore, the program gives the mentors the opportunity to get to know directly the reality of young Muslim women: many have never been in contact with a Muslim person before and have certain prejudices and bias. Through this process, they are not only teaching their mentees about the secrets of their profession, but they are also learning from them.

Do you think that intercultural and interreligious dialogue can bring real change?

Talking to each other is the only solution to discrimination and hatred, because seeing each other as humans, and getting to know each other personally, changes the stereotyped ideas people have about Muslims. When you meet me, everything I am speaks against what you think of me, and being confronted with that can be very eye-opening. Being open to dialogue and talking to people, even to those who do not share your same opinions, is crucial, and is indeed the basis of democratic societies. Most of the people are not racist, but they simply grew up in a homogeneous society and never had the chance to learn about a different culture. Changing one person’s mind can trigger a chain reaction and have a wider impact in society: this is why it is an effort always worth taking.

Can you share with us a concrete result you achieved through interpersonal dialogue?

Yes! Once, Muslim Youth Austria invited a politician to one of our youth group meetings, so that she could talk about her work and her career. It was her first ever dialogue with Muslim women. There were about thirty girls, some of them wore the hijab. It was the first time she got to know Muslim women in all their diversity and on a personal level. She clearly had a different image of Muslim women. After that meeting, she declared in an interview to be against banning the hijab for public officials, even though before she showed to be more in favour of it. It was the personal contact and the interpersonal dialogue that changed her opinion.

That’s impressive! But isn’t it tiring sometimes to answer questions about your identity?

Yes, it can be exhausting to have to explain over and over again who you are. For young people with multiple identities it can be truly traumatic to be constantly asked about where they are coming from and what language they speak. These questions imply that Europe is not their home, and over time reinforce the idea not to be welcomed here. It is also tiring to always be identified as the spokesperson of a certain community. That’s why it is important to ask questions in a sensitive and careful way, and to educate yourself first.

A final question: where do you find your motivation to continue being an advocate?

My faith gives me the energy to continue. As a Muslim, I believe in standing up for justice and I believe in hope: even if there are hard times, afterwards peace will come. Another thing that gives me enthusiasm is working with youth. Young people are growing up in an environment where diversity is much more common, they have a level of awareness and understanding that is impressive. Seeing this gives me hope that in the future different cultures and faiths can live together in harmony.